I don't even know where to begin! I guess I start by saying we don't have chickens anymore. Well, that's not entirely true. We have three. We still have Bucky and China. They're starting to show their age now, though. We've also got Honey Boo Boo Chick. She was supposed to belong to a friend that was a neighbor. But she moved and Honey Boo Boo stayed. That doesn't mean we're gonna stay chickenless. We just needed a chicken break for a bit. So, now I gotta say that we're moving! My great aunt passed away a few years ago. My mom and dad had been taking care of her, and got her house when she passed away. My brother and his family were living there for a while. Then Hurricane Irene happened. There was a lot of damage to The house, as it got flooded. So now we're gonna move out there and fix the house back up. Yeah, it's gonna be a lot of work, but it will be so worth it in the end! Three bedroom, two bath, two car garage, brick home...3/4 acre. Yeah, that's what we're looking for. Plus, we'll be just around the corner from my parents. We enjoy spending time with them, but we'll be nearby if they ever need any help. We've got four dogs now, too. We've still got Max and Minnie. Now we've got Ladybird (Birdy) and Daisy May. Birdy is a Boxer mix that belonged to another neighbor friend that moved to an apartment where they couldn't have a dog. So, being the animal lovers we are....voila. And Daisy is a Dachsund Beagle mix. She was a puppy of another friend's dog. I picked her up and BAM! She was mine. I'm still working for Airgas driving the CO2 truck. I actually love it! At one point I hated it. My route was too big and spread out that I couldn't keep it up. I was getting calls all day and night, and I was so stressed out! But the finally hired another driver, changed my route, and made things easier on me. I can breathe easier now, and I'm back to a regular schedule. Of course, since we're moving, my route will change again. We're moving an hour and change away, and my supervisor wants to redo my route based of where I'll be living. I don't have any pics on here to share yet, but I'll see what I can come up with for later. It's really good to be back! I look forward to seeing you guys around!
Posted by Chicken Boys at 6:15 PM

Congratulations on the move! And how great is it that your boss will work with you on the route? That is fantastic!

We don't have any chickens yet, but work is slowly progressing on the farmhouse.
Hubby has shoulder surgery on Monday, so that will slow us down a bit.

Well, that and the less money that comes with retirement.

Good luck with your move and renovation!

glad to see you back, sounds like things are going well with your little menagerie. We have some catching up to do...I'm a grandma now, wow, life changing indeed. take care guys

What a surprise to see you back in print again. The house sounds great, I always loved a fixer-upper. It is always fun to see the changes happen.

Not a great deal has happened.since you disappeared ...we are all just going gently
Good to see you back

We are quite excited! Its gonna be fun....ish. lol

Congrats! I hear grandkids are way more fun than kids!

Glad to hear an update! Good luck with your move!

Hey! Hey! Didn't realize you were following! Guess I'll see you around! Too bad I'll miss John next week!

Life changes and things happen. You both seems to take this all in stride.
The new house sounds like a project but with your good attitude you can do it and make it a HOME.
Keep telling us all about it.

2 years ~~~ wow ~~~ can't believe, well yes I can believe. 2012 was NOT our best year so we choose to totally ignore it and think positive thought for this year.
Moving ~~~ that's going to be a big change.

All the best!
Ron

Don't believe a WORD John Gray says!! lol He is ALWAYS getting into trouble over at Going Gently!!!

Chicken Boys
Mike and I didn't know a thing about chickens. We moved into our first owned home together, and there was a large dog pen in the back yard. We have 2 small house dogs, so there was no use for it. We decided to finish it off and fill it with chickens. We started with white cornish rocks in February and a Rhode Island Red (pea comb) rooster. Now we are hatching our own eggs and even have bantams. It's pretty fun Feel free to e-mail! ranmanpete@gmail.com 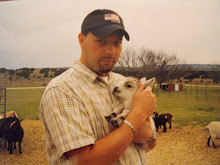 We sell gases and supplies for the welding, scientific, and medical industries. 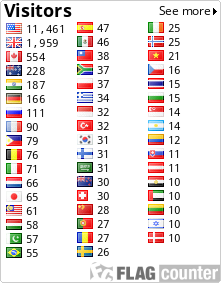 Who's Yakkin' 'Bout What

OH, THE PLACES I COULD GO!!

My Gift of Gab